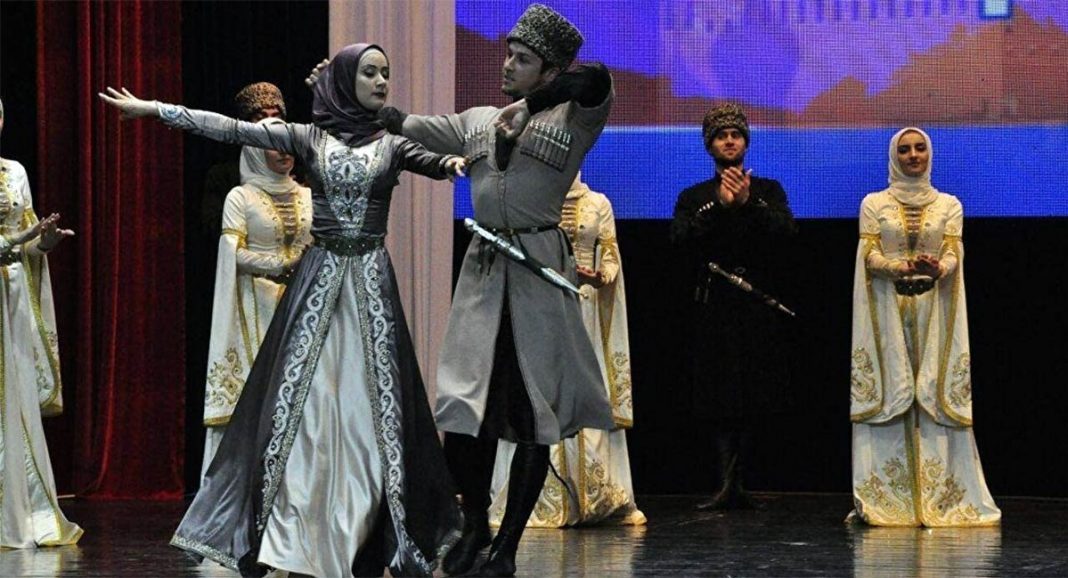 Chechen traditional musical culture, like any other national culture, is universal. This culture was and still exists thanks to various ties with the culture of neighboring regions. But the mutual influence and mutual enrichment of the cultures of the people of Chechnya and other peoples is especially widespread in recent years - the years of the second half of the twentieth century and the twenty-first century. Today, the trend towards the formation of cultural communities in Chechnya is clearly visible, and especially with the musical culture of the Russian people. At the same time, the universality of culture allows Chechens to find a common language of communication and interaction, their place in the large volume of cultural diversity of a multinational state.

Music is the most ancient form of art, which has always been perceived as the language of human feelings, passions, and the human soul. One of such ancient genres of Chechen music is their song culture, called “illi”, in other words “yish”. Heroic and epic songs about heroic deeds, friendship and loyalty were performed to the accompaniment of the instrument “dechig-pondura”. But often songs were performed without musical accompaniment, such as “belhamash” (ritual songs and crying), “uzamash” (vocal improvisation) or “esharsh” (songs on various themes).

Musically, these were works that have much in common with each other: in harmonies, frets and the structure of melodies. For the performance of Chechen instrumental music (military and software-instrumental), many instruments were used: stringed, stringed, wind and percussion. Today, accordion, bayan and harmonica are also used with success in such music.

Chechen dance music is extraordinarily rich. She was always completely different in terms of melody and tempo, which was determined by a wide variety of Chechen folk dances.

In the Chechen dance there is always a dramaturgic plot and plot. The basis of such a plot can be any ancient legend or folk custom, for example, a peace treaty on the cessation of inter-tier hatred, thrown by a woman with a handkerchief. Its unusual manner of performing such dances, unlike any other dance in the world, is inherent in the Chechen dance. There is no arrogance, laxity, not inherent in the mentality of dance movements.
Well, the most famous Chechen dance is the lezginka, a dance without a song beginning and having many Caucasian versions, right up to its own in each aul.

The traditional Chechen musical culture has undergone significant changes, enriched and spread throughout the world in the twentieth and early twenty-first centuries. After the revolution, the Moscow composer A. Davidenko, Chechen folk songs were recorded in the villages and published in music collections. Many Soviet composers created their works based on Chechen folklore ("Suite for a string quartet on Chechen-Ingush themes" by N. Rechmensky, "Dzhigitovka" by MV Koval, "Chechen suite" by AA Davidenko, etc.) ... The conductor, pianist, and the first mountain composer G. Mepurnov made an enormous contribution to the development of Chechen music in Soviet times. The Honored Artist of the Chechen-Ingush Autonomous Soviet Socialist Republic A. Khalebsky was involved in the processing of Chechen folk dances and songs for the orchestra, and he also wrote choral works and suites based on Chechen songs. One of the first Chechen composers whose work was directly related to Chechen folk music is Umar Dimaev, who wrote more than thirty original musical compositions and hundreds of adaptations of various Chechen melodies. Also, one should not forget about the contribution to the development of Chechen music of composers Umar Beksultanov, Adnan Shakhbulatov and Said Dimaev.

Chechen musical folk traditions are still alive today. Therefore, the development of the musical culture of the republic is on the right track. And do not stop him.