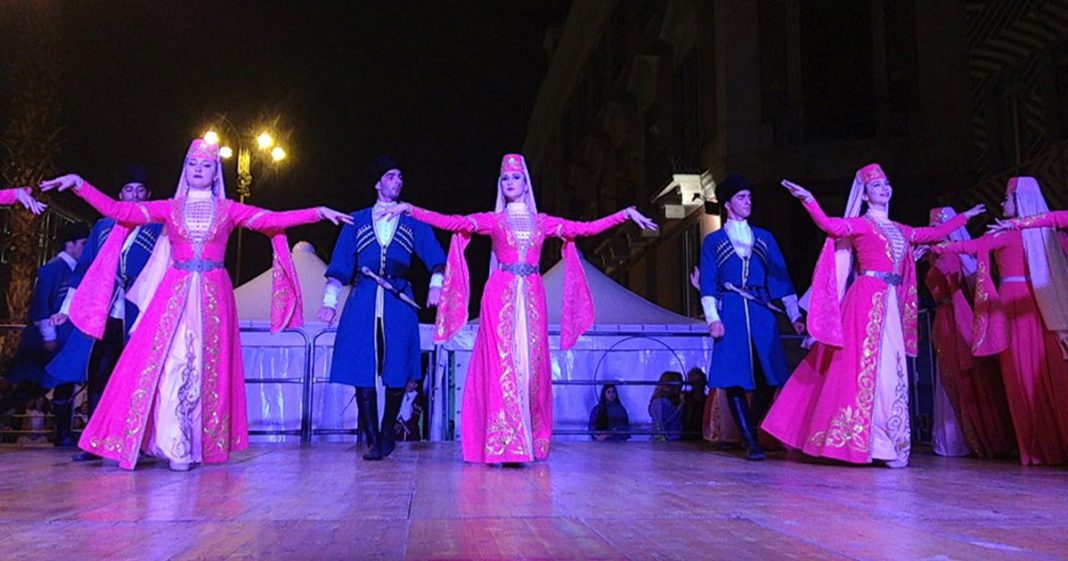 In the music of almost all nations and countries reflected the work and life of millions of people, music for thousands of years accompanied their lives. The Ingush traditional musical culture has developed over the centuries as part of the general Caucasian musical culture. In the last two centuries, Ingushetia developed its own characteristic intonation features, rhythm, structure of the melody of musical works, and its own original musical instruments appeared. All this led to the birth of their national musical language in the republic.

Over time, some of the musical instruments were improved in accordance with everyday and social needs, having remained for centuries, some disappeared, but new instruments also appeared. The musical instruments of the Ingush are absolutely similar to the Chechen ones. The most popular of these is the Pandar, a plucked instrument, and a real Ingush balalaika. The second most common is "chondrk", which looks like a violin. Harmonica is widespread in some regions of the republic. Although rare, in Ingushetia they still use such ancient musical instruments as a self-sounding percussion gyma (gemansh, gemanash), in the form of a split bar and sounding like a ratchet, tsezam wind instruments with a notched tongue and a "creaky" nasal sound, and detra - a longitudinal open flute made of reeds or wood, found mainly among shepherds.

The legends of the Nart epic, which originated in the era of pre-class society, are the main source of the republic's traditional music. The oldest of these legends, which has come down to us, is the pagan cult of Myatsel (the patron saint of the earth, animals and humans). And that music sounded in the traditional Ingush wedding ceremony. Numerous genres of Ingush musical folklore are also known, including laduga yish and laduga asharash - a kind of "melodies for listening" or instrumental music, as well as khalkharan yish, khalkhara yish - dance melodies and instrumental works accompanying actions and movements, such as dances, processions, etc. horse riding. Several vocal genres of Ingush music have survived to this day. Ingush heroic-epic songs are called "illi". This popular genre of Ingush musical culture originated in the XNUMXth century on the basis of the Nart epic and heroic songs. At their origin and creative development, they have absorbed the worldview and artistic experience of other genres of folklore, and first of all, mythology.

At the time of composing the tales of the great Nartov heroes, the Ingush already had massive circular dances. Here is one of the few descriptions of Ingush dances that have come down to us, made by researchers and historians of Indgush culture: “Their dance is something special. All the spectators sitting in a circle sing, and to the sounds of some flute pipes, bagpipes or flutes, inspire the young dancers to display their power and art. At that time, everyone who wants to go out, one by one, performing all sorts of movements and somersaults. When all the dancers repeated the same tricks to the thunderous applause of the crowd, they join hands and sing and dance as they dance. Sometimes they form one big circle, which then expands, then narrows, then the dance ends with the same jumps that took place earlier. So that women are not left without such entertainment, try to find a blind musician. During the holiday, they are with him away from men and having fun, without violating the customs that forbid them to show themselves to strangers. ”

The most famous and popular all over the world Ingush dance is khelkhpr, or lezginka, traditionally performed in a chokka costume. The Ingush people have attached great importance to dance at all times, and people who know how to dance have been revered and remembered about them for centuries.

The Ingush love and cherish their musical folklore with all their hearts. Today, Ingush folk songs are regularly heard on radio, television and are available for download on the global Internet. Modern Ingush musical culture cannot do without the great Nart heritage, which gives inspiration and plots for numerous works of poetic, song, instrumental and vocal genres of Ingush authors.