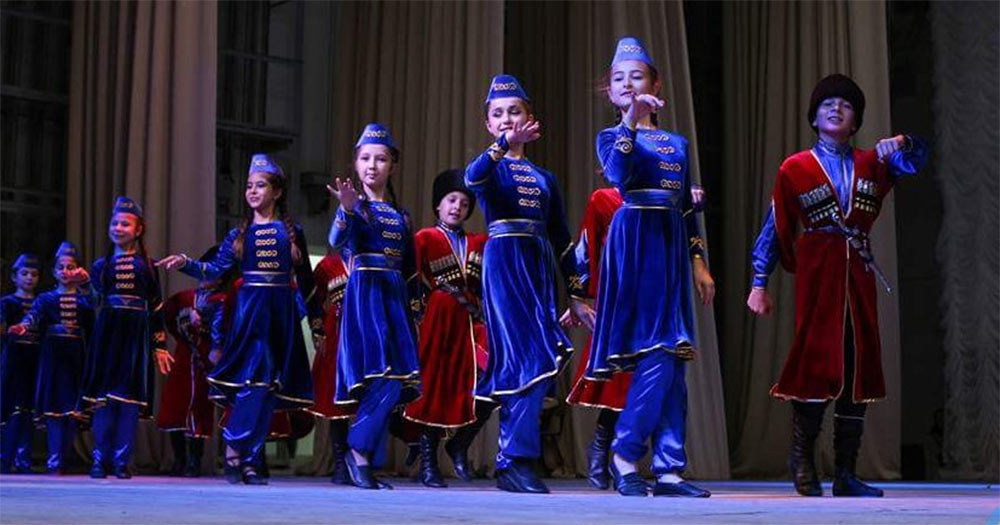 Mountain ethnos and epic songs are the most important and inexhaustible source of works of traditional musical culture of Kabardino-Balkaria. In general, this heritage has great aesthetic value, is a symbol of the courage and heroism of the people, as well as a powerful factor for the development of national music in general - both folk and professional. The musical folklore of the Kabardians and Balkars has had and is exerting a deep influence on the appearance of new works of historical and heroic content, on the appearance of works of other musical genres of Balkar-Karachai folklore.

The folk song creativity and the national school of composition were naturally built on their history, paying tribute to the heroic breath of past centuries, the tales of hoary antiquity and the entire history of the region as a whole. In many features of the musical culture of Kabardino-Balkaria, there is a commonality with the culture of its neighbors, due to the mutual influence and interpenetration of song cultures and forms.

For example, in two songs - the Ossetian “About Yesen Kanukov” and the Balkar “About Sary-Aslanbek Kaytukin”, telling about the same event (the attack of the Kabardian feudal lord on the Ossetian village), there is not only a common melody, but the same “intermediate” kadans, and also kadans “final” (in the Ossetian version it also corresponds to the most common intonational form).

At the turn of the 19th and 20th centuries, folk music was still strongly dependent on traditions, but the culture of ancient singing was gradually lost, moving from the everyday to the concert sphere. The role of folk musical instruments has also changed. So, shikapshina was known and improved only thanks to individual enthusiasts, losing the usual sphere of being. On the other hand, the harmonica became popular and began to replace traditional musical instruments. In Soviet times, and following the tough course of the Communist Party of actively involving workers in amateur performances, many musical circles were organized - choral and instrumental. New songs began to glorify a new way of life, a new life, to educate young people in the spirit of meeting the interests of the state, which should have stood above the awareness of their ethnocultural and ethnosocial affiliation.

At the end of the thirties of the XX century, the process of formation of the Kabardian professional musical culture began. Russian specialists provided invaluable assistance in this, and especially in the organization of music schools, the state philharmonic society, the Kabardian state choir and other structures of the state culture system. The greatest development of the Kabardino-Balkarian musical culture was in the period of the 50-80s of the last century.

One of the most significant events of that time in the field of professional musical art was the opening of the Kabardian Opera Studio at the Rimsky-Korsakov Leningrad Conservatory, whose graduates made a significant contribution to the development of culture in Kabardino-Balkaria.

Another, and just as important, event is the opening of a state musical theater with an opera and ballet troupes, whose composition is constantly replenished with talented national personnel - graduates of the country's leading higher and secondary specialized educational institutions. In professional Kabardian musical culture, folk melos has always been used. National ballets and operas were organized, and many musical performances were staged. The original and vibrant musical culture of Kabardino-Balkaria did not undergo a significant transformation until the end of the last century.

The end of the 20th century was marked by a process of gradual loss of the culture of folk singing and playing music, its place is now increasingly engaged in modern pop culture.

According to forecasts, even if cultural institutions, public organizations and the mass media do not pursue a corrective policy of preserving the folk dance and song-music tradition, then in the near future the trends of strengthening the transformation and weakening of this culture can continue, which will lead to domination in the latter is only her stage version.