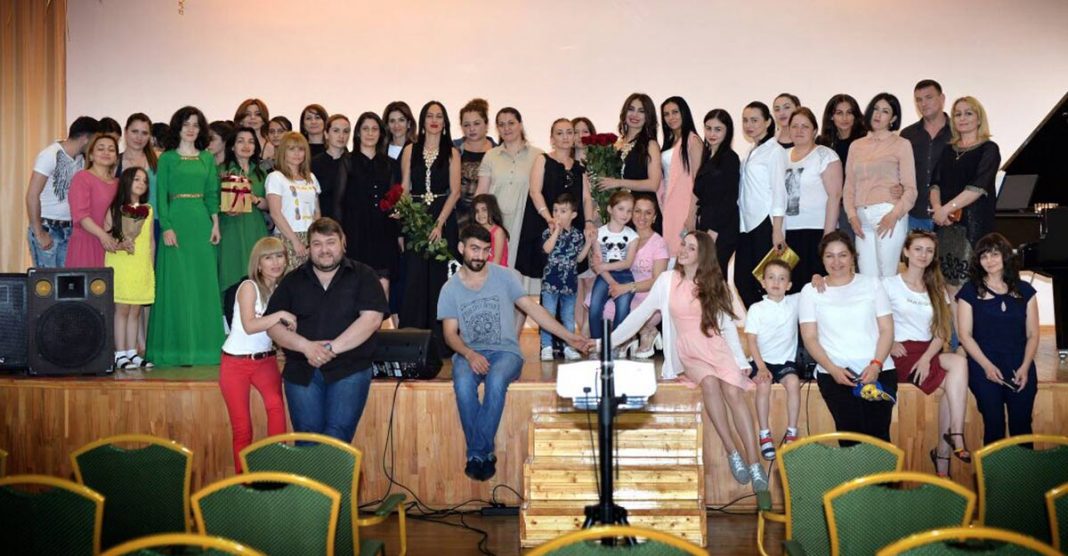 In a warm friendly atmosphere and with great success, a creative evening was held by everyone's beloved duet from Ossetia - Zarina Bugayeva и Ruslana Sobieva.

The concert, held in the framework of the “Young Go” project, was organized by the leadership of the National Scientific Library of RNO-A and was held in one of its halls.

At the evening, friends and relatives gathered, colleagues and fans of the artists. The singers performed several of their hits, as well as presented the guests with musical novelties, among which was a video for the Ossetian song “Uarzyn”, a new song called “Under the Sight”, and, of course, the main event of the event program was the pre-premiere screening of the new video - “Where you, "shot in Tbilisi.

“By the time we planned to hold this concert, our clip arrived just in time, and we decided to hold a presentation at the same time. Our guests really liked the video, caused a storm of applause! There were a lot of pleasant reviews, and now everyone is waiting for the video to be released on YouTube, ”said Ruslana.

According to Zarina Bugaeva, the creative evening was grandiose, and all this is largely due to the audience: “The most memorable evening was the audience, the warm audience. There were few people, only the closest, but their loud applause and ovation sounded so that it seemed as though we were singing somewhere in the Olympic! We would like to thank the company “Zvuk-M” very much for your help and support, ”says the performer.

According to Zarina, there will be more such events now, and in the near future several more premieres will be waiting for fans of their work ...

"You always think of me, I am a light wrinkle on my forehead, my life, my love, my wife." Ruslana Sobieva composed a beautiful love song, and Alan Muzayev sang it no less talentedly. The official premiere and official declaration of love from Alan Muzayev.
Learn more
Premieres

Today, a new duet single Ruslana Sobieva @ ruslana.sobieva and Zarina Bugaeva @ zarina.bugaeva - “I want to dance” was released on all digital venues. This is a positive summer ...
Learn more