In Essentuki will host the film festival "Crystal source" 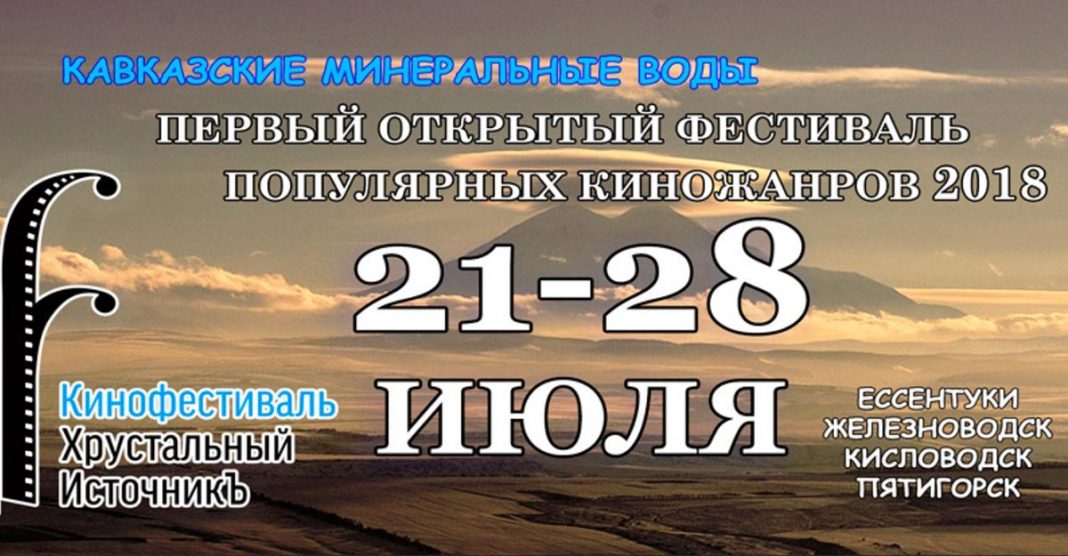 From July 21 to July 28 in Yessentuki it will be possible to meet a lot of popular artists. They will gather there during the First Open Festival of Popular Cinema Genres 2018 - “Crystal Spring”.

On the opening day, more than 170 special guests will pass along the carpet.

Competition screenings will be held at the Druzhba cinema in Yessentuki and will include dozens of films of recent years.

As part of the festival, popular Russian films will be screened in Essentuki, Zheleznovodsk, Kislovodsk, Pyatigorsk and the St. George City District. There will be platforms for watching movies in the open. 30 paintings will be shown, and their actors will present their favorite audience for cult films. For example, “Prisoner of the Caucasus” is Natalya Varley, and “Love and Pigeons” is Alexander Mikhailov.

The program of the event will also include charity events.

Over the years, the Crystal Source will have to become the hallmark of the resort region, an integral part of it, eloquently speaking about the attractiveness and respectability of the resort.