Turkey will host the International Festival of Circassian Culture 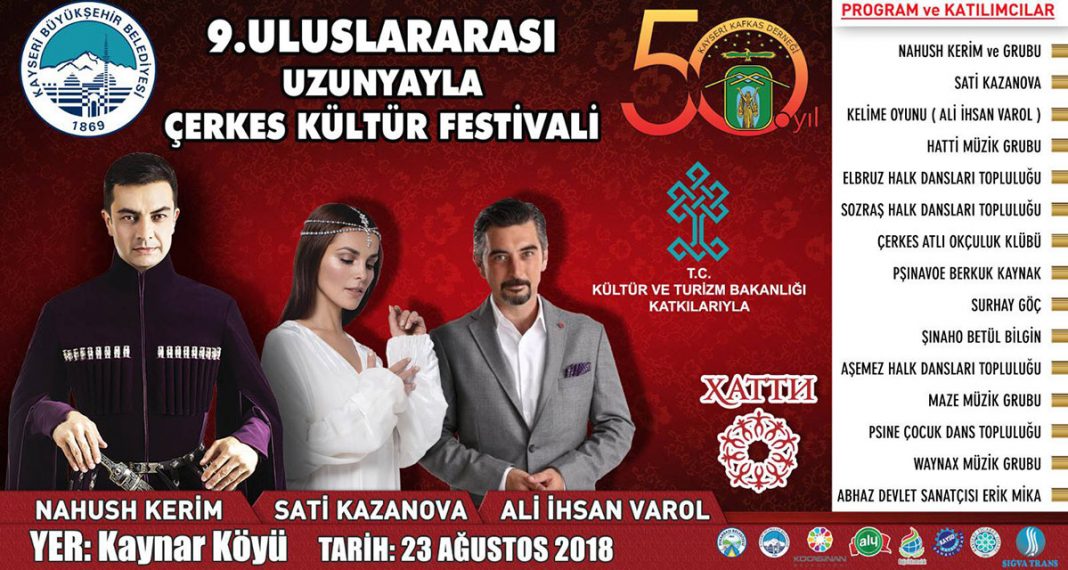 This year, the Caucasian Society Kayseri (Kayseri province) celebrates its 50 anniversary since its foundation. To celebrate this date, several events will be held in the village of Kainar, Kayseri province (Turkey).

22 on August, chaired by Murat Topcu (Turkey) and Madina Pashtovoy (Russia), will host a conference entitled “Historical Circassia and the Diaspora: Today and Tomorrow”. She will address the issues of Circassian euphemisms used to denote relationships in the family and society; words and expressions reflecting the way of life of the people; language that defines ethnicity; problems of research of the culture of the Circassian diaspora, as well as the society and titles of the Circassians.

The next day, on August 23, the 9th International Festival of Circassian Culture will be held in Uzunayla.

In addition, the festival will include a presentation of the Turkish edition of Madina Pashtovaya and Mikhail Mizhaev’s Encyclopedia of Circassian Mythology, which contains information about the main folk tales and Circassian poems.