Eternal glory to the heroes! 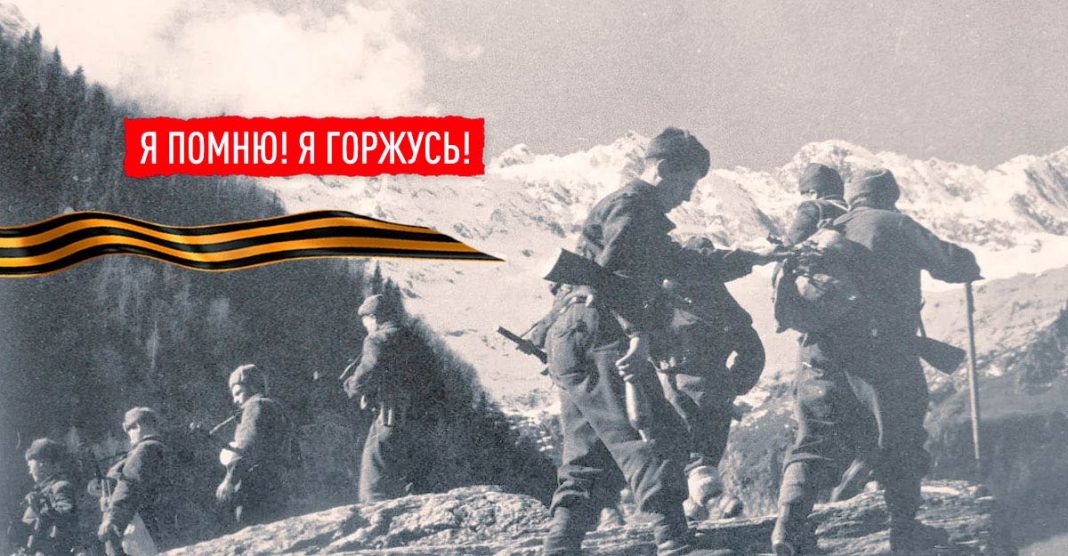 "I remember! IM proud of!" - with these words we are meeting today - the 75th anniversary of the great Victory over the fascist army of Germany.
The years of the Great Patriotic War deprived people of peace and health, children - childhood, families - relatives. But the hope for the best, courage and courage helped front-line soldiers and home front workers overcome terrible grief, defeat the inhuman struggle, give the future generation a peaceful sky above their heads and a happy future!

Today, we gratefully recall the names of the heroes who were able to defend their homeland, many - even at the cost of their lives. The memory of them is immortal, while those who are proud of the Great Victory live, care for veterans, honor the memory of the departed.
Almost every family has those whose names are forever inscribed in the history of our country. In the families of artists "Zvuk-M" - including. And today they share their memories with us ...

“I want to tell the life story of my grandfather, who went through the war, managed to return from there alive, created a wonderful family and is an example for me of perseverance, wisdom and heroism!
Alikhan Bugaev was born in 1914 in the village of Khumalag of North Ossetia in a peasant family. In 1935, he graduated from a seven-year school and entered the working faculty of the Mountain Agricultural Institute, which he graduated in 1938.
In 1938 he entered the State Pedagogical Institute at the Faculty of History in the mountains. Dzaudzhikau (now Vladikavkaz) who graduated in 1941. As a student at the institute, he worked as a teacher of history.
In August 1941, he was mobilized into the ranks of the Red Army, where he studied at the Kamyshin School. In 1942, after graduating from the Tank School, he was sent to the Stalingrad Front, where he took part in the battles to defend Stalingrad as part of the 49th Guards Tank Breakthrough Brigade as a T-34 tank commander. It was a real hell! During this period, he was wounded (he was subsequently given the second disability group). My grandfather’s tank was surrounded and after long hostilities, the entire crew was completely destroyed by the enemy, but grandfather survived. What saved the commander? Miracle, probably. Otherwise, how to explain that the upturned tank lay in deep snowdrifts for about 3 days, and when, finally, it was discovered, it was hard to believe that someone was still alive in it. Alikhan Bugaev was still waiting ahead of his unfulfilled hopes. He was not going to give up just like that. He was ready to argue with fate. And argued!

With the end of the war, life began to warm up throughout the territory of the Soviet Union. July 7, 1945, platoon commander SU-76, reserve captain Bugaev, returned home. And in 1946 he married Yevgenia Temesova. In 1948, Zhenya (as her relatives called her) graduated from the Pedagogical Institute and became a teacher of the Russian and Ossetian languages ​​and literature, giving this work the next 44 years. At that time, Alikhan worked as a party organizer at the Khumalag MTS, headed the district public education department, was the second secretary of the district committee, improved his professional knowledge - he graduated from the Agricultural Institute and a two-year Part School.
In 1956, grandfather worked as the director of the evening secondary school for working youth, also working as the head of the Right-Bank District Department of Education. From January 1962 to September 1968 he worked as a history teacher at the Beslan Railway Evening School for Work Youth. Since September 1968, he became the director of this school and worked there for many years.

During his career, he was repeatedly elected a delegate to the regions, district party conferences, deputy of the district Council of People’s Deputies in 1957, 1959, 1961. and a delegate to the Republican Congress of Teachers of North Ossetia. For more than 30 years he worked as a propagandist in the network of party education.

Retired captain, WWII disabled person, holder of the Red Banner orders, World War II degree, holder of more than 10 medals, two Badges of 1979 and 1980, “Winner of socialist competition” and a number of other rewards, Alikhan Bugaev died in 1990 and was buried in Beslan .
I am very proud of my grandfather and thankful to everyone who fought for a peaceful sky above our heads. Eternal memory to the heroes! ”

“My grandfather Tarkhanov Tuzem Alievich (1923 - 1977) went to the front at the age of 19 and fought in the 448th separate communications battalion of the 1st Ukrainian Front. He reached Berlin and was demobilized in 1947.
For his services during the service, he was more than once awarded with medals. They are kept in our family today: “For courage”, “For the capture of Berlin” (1946), “For the liberation of Prague” (1946), “For the victory over Germany” (1946).
Unfortunately, I did not find my grandfather alive, but the memory of him and other heroes who fearlessly fought during the Second World War is immortal. ”

“Grandfather Khazhirokov Khabas Talibovich (1916-1992) was called up for military service in 1939. He began his service in the city of Kremenchug, Teraspol region of the Ukrainian SSR, as a machine gunner of a rifle regiment.
After the attack of fascist Germany on the Soviet Union, from the first days, together with the regiment, he entered into a matchmaking with the enemy. Senior sergeant Khabas Talibovich, a machine-gun platoon commander, retreating, under the onslaught of fascist troops, was wounded near Stalingrad. After the second wound in 1944, he was commissioned for health reasons and returned home.
For military service he was awarded many medals and the Order of the Patriotic War II degree.
After the war, he worked for 44 years on the collective farm Kyzburun of the Baksan district in various positions. His work was awarded various awards and in 1980 was awarded as a labor veteran.
Eternal memory to the heroes! Their feat will never be forgotten. "

“Grandfather was born in 1914 in the village of Dzhidzhihabl of the Teuchezhsky district of Adygea. Studied at school. At the end of the 7th grade, he worked in his native village.
On October 25, 1930, he was drafted into the Red Army, in whose ranks he participated in 1940 in the liberation of the western regions of Ukraine and Belarus. He took an active part in the Finnish war from 1939 to 1940. Senior lieutenant in the Red Army since 1937. The commander of the battalion of the Order Bearers.
He was awarded the Order of the Red Star (1943), the Order of the Patriotic War of the 1944st degree (1944), and the Order of the Red Banner (XNUMX).
Thanks to the courage and strength of our grandfathers and great-grandfathers, we live under a peaceful sky. A deep bow to all veterans! ”

“My grandfather went through the entire war from July 1941 to May 1945 as a platoon leader. He served in the artillery. Sergeant Major. Member of the Battle of Stalingrad, awarded the Order of the Red Star, the Second Degree of the Patriotic War, a medal for the capture of Budapest and others. He took Berlin, on May 9, 45, he left an autograph at the Reichstag. He went through the war without a single scratch, was lightly wounded in the arm after the Victory - a stray bullet.
He didn’t want to talk about the war, he said: "God forbid." After the war, he worked at the factory as a locksmith, and then as a foreman. I always took one slice of black bread and a slice of fat for work, wrapped a sandwich in a newspaper. On Saturdays after the bath, he drank a glass of vodka and sang "Get up, the country is huge."
To preserve the memory of this Great Victory, to pass it on to our children is a matter of honor for each of us! "

We heartily congratulate everyone on Victory Day! May peace, prosperity and happiness always be with you! Health and many years to you and your families! And the heroes - eternal glory and gratitude for their strength and courage, for life!