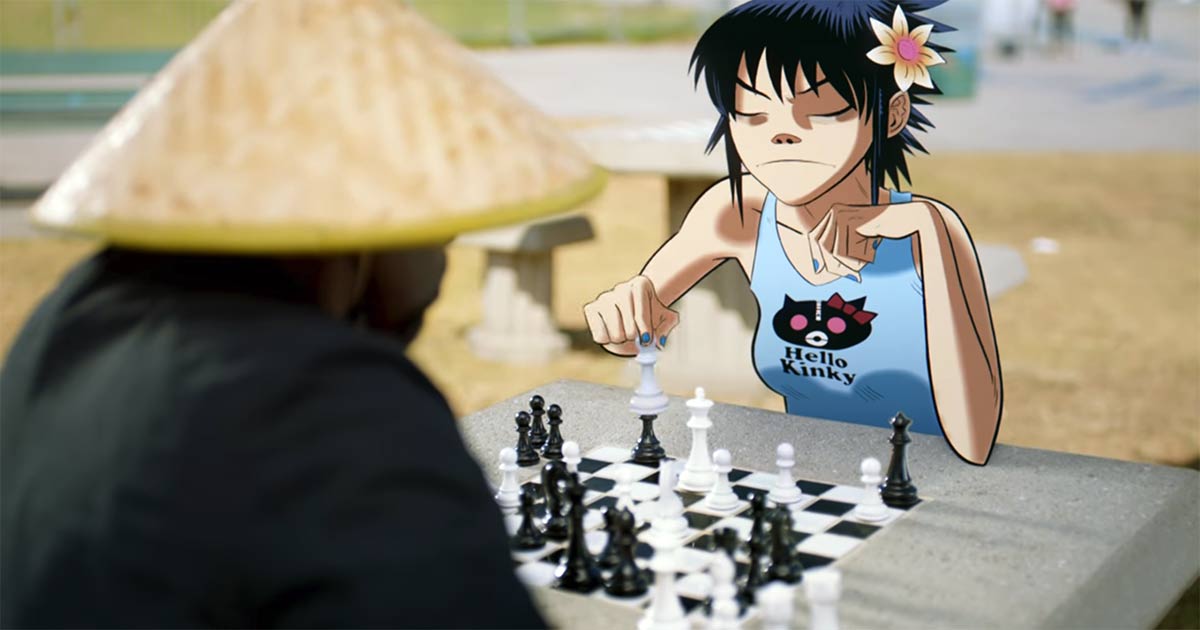 The group Gorillaz released a video for the song "Humility", recorded together with George Benson in the style of indie. The composition is planned to be included in the upcoming album of the group “The Now Now”, the release of which is scheduled for 29 June. We suggest you to get acquainted with the novelty, which turned out to be surprisingly gloomy and quite melodic.

The band's debut album of the same name sold out in the amount of seven million copies, which allowed the team to enter the Guinness Book of Records as the “Most Successful Virtual Group”. In 2001, the Gorillaz were nominated for the Mercury Prize, but were later removed from the list at their own request. The second studio album, entitled Demon Days and released in 2005, received platinum status in the UK five times, two in the US and won five Grammy nominations in 2006, one of which was in the category “Best Joint Vocal Pop Performance”. In addition, the group has won many other awards, its official YouTube channel has nearly four million subscribers, and the number of views of video clips is approaching one and a half billion.

The new album “The Now Now” is supposed to include 11 tracks, two of them - “Humility” and “Lake Zurich” - you can listen to it now.

The George Benson mentioned at the beginning of the article also deserves the attention of the sophisticated listener. The American guitarist and vocalist, whose work harmoniously combines elements of jazz, soft rock and rhythm and blues, achieved the greatest success in the 1970-s, but now the number of his fans is in the millions. George Benson has won ten Grammy awards, including the prestigious Record of the Year nomination. Undoubtedly, you will recognize the songs that we invite you to listen to below. It remains only to guess that the singer and the Gorillaz group in the project “Humility” brought them together, they are so different.