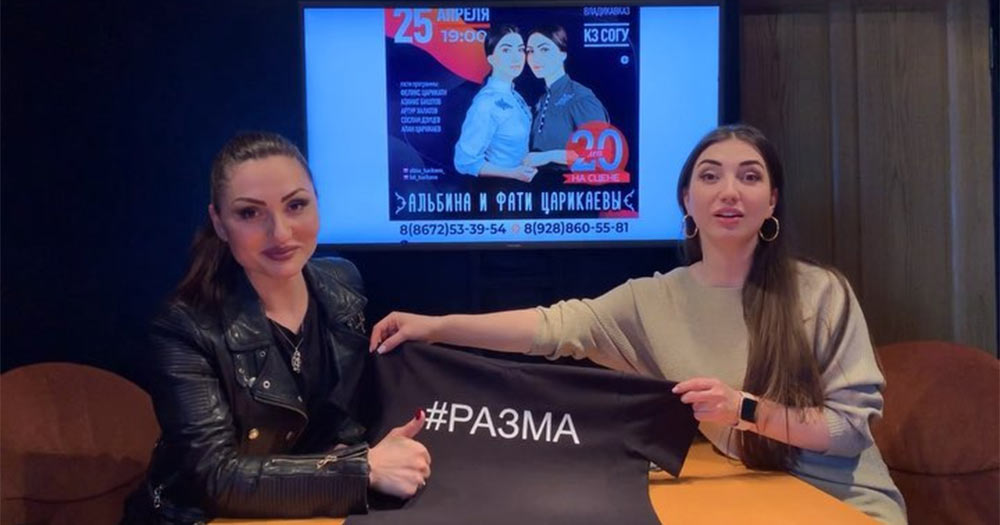 On the eve of two solo concerts, which will be held this month, the singer Albina и Fati Tsarikayev playing 2 ticket!

Users of the Instagram social network have a real opportunity to get free of charge at one of the concerts to be held in Nalchik and in Vladikavkaz, as well as to receive prizes from the artists: a t-shirt or a mug with the hashtag of #RAMZA song!

📣FRIENDS📯 We have prepared for you 🎁COMPETITION🎁 We will give away 🎫 TWO TICKETS FOR OUR CONCERT 👕 T-SHIRTS WITH THE HASHTAG OF THE NEW #SIZE AND COOL CIRCLE ☕ from @ brelkoff.club ⚠ PLEASE READ THE PHOTO CAREFULLY READ banner ⤵️ 📲 Upload a photo on your page 🤳 📌 Mark 5 friends 📌 ⚠IMPORTANT⚠ If you want to win a ticket to a concert in Nalchik, write the hashtag #RazmaKBR 📌 ⚠IMPORTANT⚠ If tickets for a concert in Vladikavkaz, #Razmaalania ⚠Your profile must be open⚠ 🎉The winner will be the one who fulfills all the conditions and whose photo gets the most likes👍 🙏🏻Good luck to everyone‼ ️ # COMPETITION # CBD # ALANIA

To take part in the drawing, you must:

- take a photo against the background of the advertising banner of the singers' concert;

- publish this photo on your page;

At the time of the competition profiles of participants must be open.

The winner will be the one who fulfills all the conditions, and whose photo will pick up the most number of likes! Results will be summed up on April 23.

We remind you that the solo concert of the singers in Nalchik will take place on April 24 at the Trade Union House of Culture, and in Vladikavkaz on April 25 at the KZ SOGU.