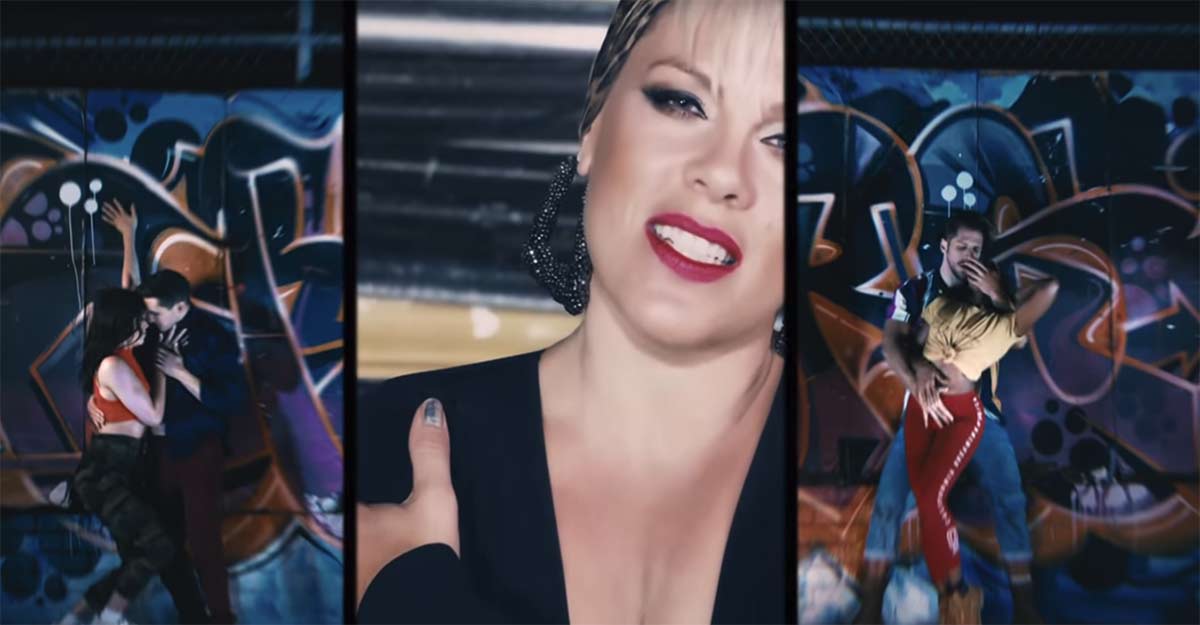 The song of the same name is included in the album “Beautiful Trauma”, which was released on October 13, 2017. Almost immediately - in the first week of the release - he reached the first place in the charts of the USA, Great Britain and other countries.

A total of 13 songs in the collection, the most popular of which is actually “Beautiful Trauma” - it opens the album, and “Revenge” - performed together with Eminem.

Today, the singer presented to the audience a video for the song “Secrets”.

“I need to say something, because there is a lot of what you don’t know that is written on my face, and it will be difficult to swallow,” P! Nk informs against the backdrop of dancing couples and painted walls.

And in general, we recognize that the moral of the video is questionable, let's make up our own opinion about it.