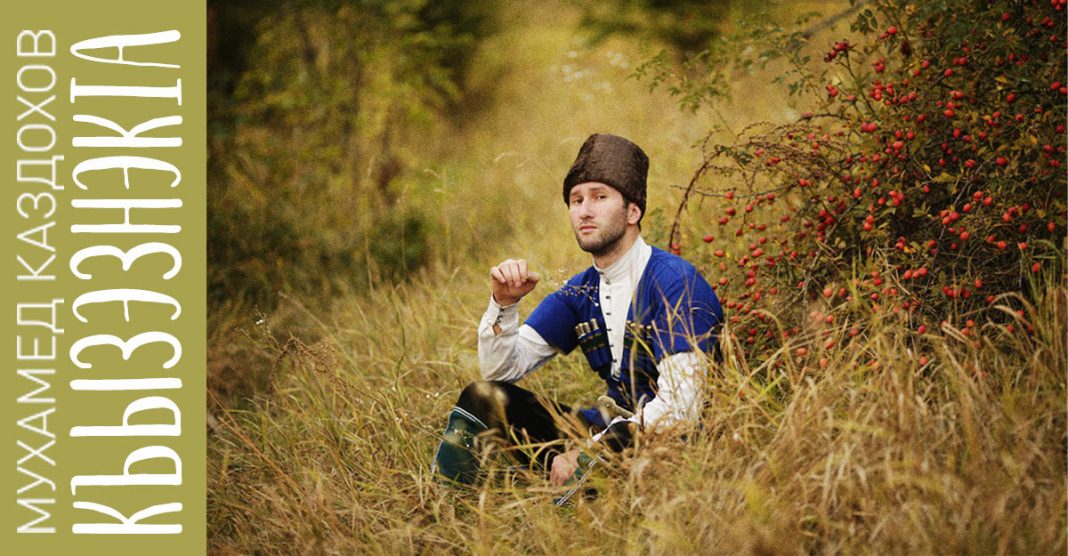 Today, with the support of the music publishing house “Zvuk-M”, the first album of Muhamed Kazdokhov, “Kyzazneks1a,” was released!

It included 7 tracks: 6 compositions in the Kabardian language, including “Si Kashan” (“My Destiny”), “Syk'ebgyen” (“Left Me”) and one in Russian - “Black-browed Goryanka”.

The album is named after the song “Kyzasnek1”, which Muhammed considers not only the most popular among listeners, but also his favorite:

“This album is the only track where there is a piece of me personally, since I wrote 60% of the text myself, and I really wanted to convey to my listeners exactly my thoughts,” says the performer, “in addition to all this,“ Kyzaznek1a ”translates as“ left behind "Or" to the past. " Conceptually, such an album fits the album perfectly, because at least in the songs I want to plunge into the past of our ancestors, which we tried to “organize” together with the authors of the compositions with which I worked for the last two years. The track list also contains the song "Sykebaben", which was loved by the audience. It is usually taken in a special way. This is very important for me, because when you feel the bestowal on the people in your work, it is impossible to remain indifferent. It is inspiring! Now I want to share with people and other compositions that are very close to me - in them I see myself, they reflect my views on the world. "

You can get acquainted with the world of Muhamed Kazdokhov right now - the Kyziznek1a album is available for listening and downloading on all major music services, including: iTunes, Google play, Apple music, Beeline Music, Yandex.Music, as well as in the application BOOM (for users of social networks Vkontakte and Odnoklassniki).

“Love of the shackles” by Muhamed Kazdokhov @m_kazdokhov - not just an album, but some musical revelation - here are collected compositions that reflect the artist’s personal emotional experiences over the past ...
Learn more
New music publishing

Mohamed Kazdokhov presented a mini-album entitled “I Just Love You”

The song “At the Circassians' Custom” was performed by Mukhamed Kazdohov

In the repertoire of many Caucasian artists there are variations of the famous composition “The Circassians have such a custom”. It is about respect for elders, love for younger ones, about ...
Learn more