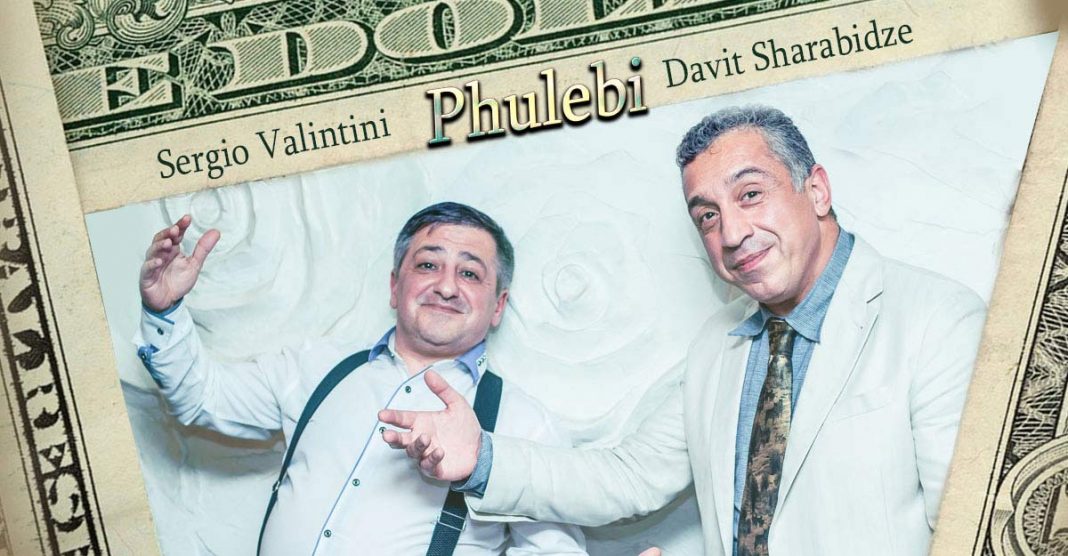 Song in Georgian by Davit Sharabidze @david_divad_ and Sergio Valintini @sergio_valentini_karuzo - this is a new version of the composition David Divad "Lavashky", which is the author of both singles.

“The song“ Phulebi ”is very fun, positive,” Davit comments, “it sings about money and the realities of life associated with it. After all, while you are "on horseback", you are surrounded by attention, everyone needs it, and when in your pockets it is empty, then around you will do something similar. Sergio and I joke in the track that those who have money go to the casino, and those who do not have them go by. ”

The song "Phulebi" is just the beginning. Now the artists are working on recording new duets as part of the Mimino project. Sergio is a talented performer of the classical musical genre, the winner of the Italian version of the television contest “Voice” - “Voce”, the owner of the “Golden Mask”.

“Our duet - Armenian and Georgian - is preparing many more surprises! Including - a composition in Italian. We hope that the premiere single will appeal to the public and promise that Mimino still has something to surprise you with! ” - says Davit.

You can listen and download the song performed by Davit Sharabidze and Sergio Valintini “Phulebi” right now on our website.

Davit Sharabidze presented the author’s track in Georgian under the bold title “Kocna minda” (“I want to kiss”) ... “This is a beautiful composition with deep meaning - it is about the gentle feelings of a man towards a woman. About what happens to a person when he is inspired by love ... ”, said the artist on the day of the premiere.
Learn more
News

Davit Sharabidze recently presented a track in Georgian - “Sad har”. The beauty and melody of the lyrical composition were highly appreciated by listeners in the Caucasus and beyond. Immediately after the presentation of the novelty, the single got into radio circulation not only in our region, but also in Georgia.
Learn more
New music publishing

A song in Georgian called “Sad Har” was presented by the famous Caucasian performer Davit Sharabidze. The composition is performed in the genre of ethnic music, it is characterized by a smooth musical form, excellent vocals and excellent arrangement.
Learn more