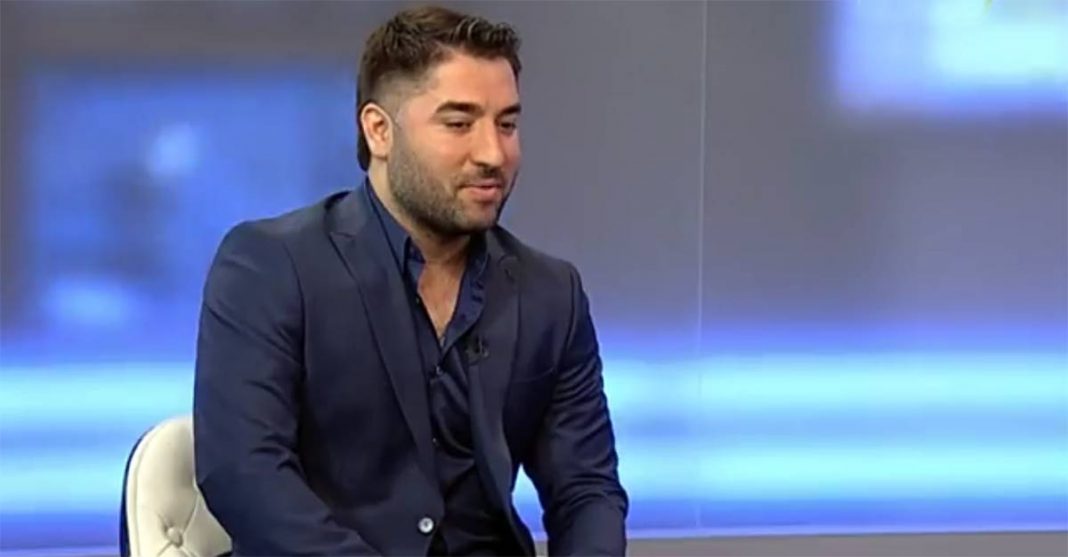 The other day a popular singer Khasbulat Rakhmanov He became one of the heroes of the program "Art & Facts" on the TV channel "Kuban 24".

In a conversation with the leading Ekaterina Slavyanskaya, they managed to touch on a lot of topics in a short time. Artist told about his participation in the contest of talents "Hunting on the stage", about a new concert program, life principles, plans for the future, and also performed a fragment of his hit “Jealous”, which, as Hasbulat emphasized, is very much loved in the Krasnodar region.

In addition, the singer shared that during the years of his first appearance on the stage, and to this day, he concluded that he had become wiser, although he clarified that a certain degree of seriousness was always inherent to him:

“From early childhood I had goals, I knew what I wanted. Now in my head I have calculated that I have another 10 years for which I want to try to “broadly go” and achieve my main goal. I want to give advice to everyone, especially young people, so that, first of all, they find themselves as a person. You need to go straight through life, understand what you want, ”says Khasbulat.

You can watch the full version of the interview with the artist right now on our website.

On April 26, in the city of Izberbash, a musical concert of a Caucasian pop star, Khasbulat Rakhmanov, will be held, which will perform with a new solo program - “I will mark red” AT...
Learn more
Announcements

Old New Year in the company of artists "Sound-M"

Old New Year with Caucasian Pop Stars Certainly, meeting the New Year at home, in the circle of loved ones - one of the warmest family traditions. But there is more ...
Learn more
News

Khasbulat Rakhmanov participates in the contest "Hunting on the stage"

Competition for novice talented artists announced the Agency "EVENTO". Residents of the Krasnodar Territory and the Republic of Adygea will be able to take part in it. Contestants will compete in the following nominations: “Vocal”, “Choreography”, ...
Learn more