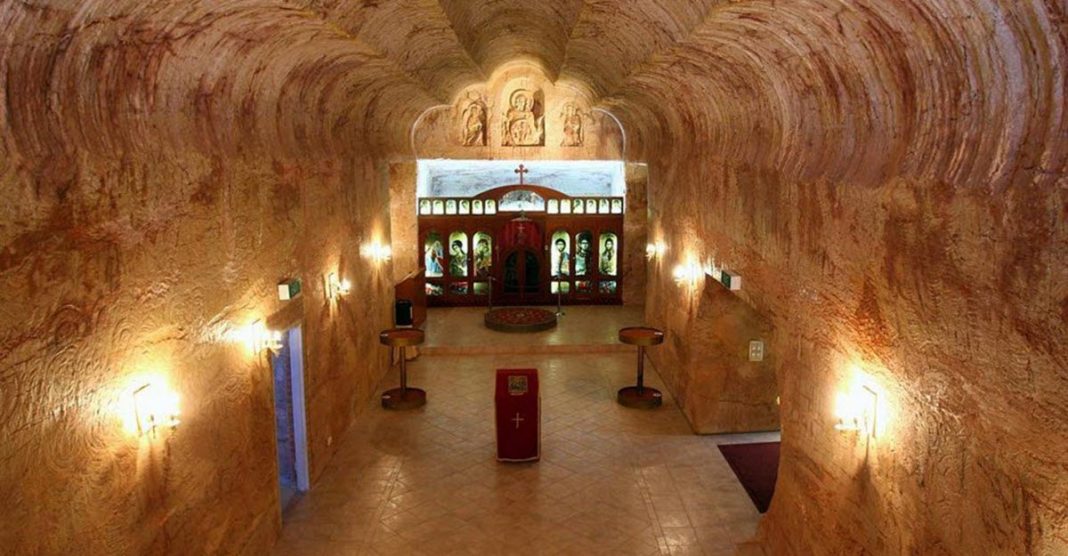 In the Armenian village of Arinj underground, at a depth of 21 meters there is a temple where tourists come down to pray, light a candle and make a wish. This temple was built by a resident of the village - Levon Arakelyan, whom his wife asked once to dig out in the basement an ordinary hole for storing potatoes ...

The industrious Levon, who once worked as a builder, readily responded to his wife’s request and began to dig. Yes, that's just the usual pit business is not over. When the master realized that the stony soil favored the underground construction, he decided to build a wine cellar there. But at the same time, the man had a dream in which he saw the temple, and Levon decided to make this vision a reality.

In 1985, the 44-year-old master began the construction of an underground temple. He worked on 17 hours a day, moving about 7 each time. At first, the work was very hard, due to the characteristics of the upper ground, but ten years later, the basalt changed to tuff, and the process flowed faster and easier. From the tools Levon used only a hammer and a chisel, with the help of which he cut out all the columns, stairs and even sculptures. Month after month the number of tunnels and halls grew, increasing the area of ​​the temple.

It took 23 to build it. Then, at the age of 67, the master died of a heart attack. According to his wife, he planned to work on building more 30 years, during which he was to build 70 halls.

Now the temple is a favorite place for tourists who come here to admire the work of Levon and make a wish.

To get to the first hall, people one by one climb the stairs from 80 steps. Also in the building is a hall dedicated to the memory of the master himself. There you can see his clothes, shoes and tools.